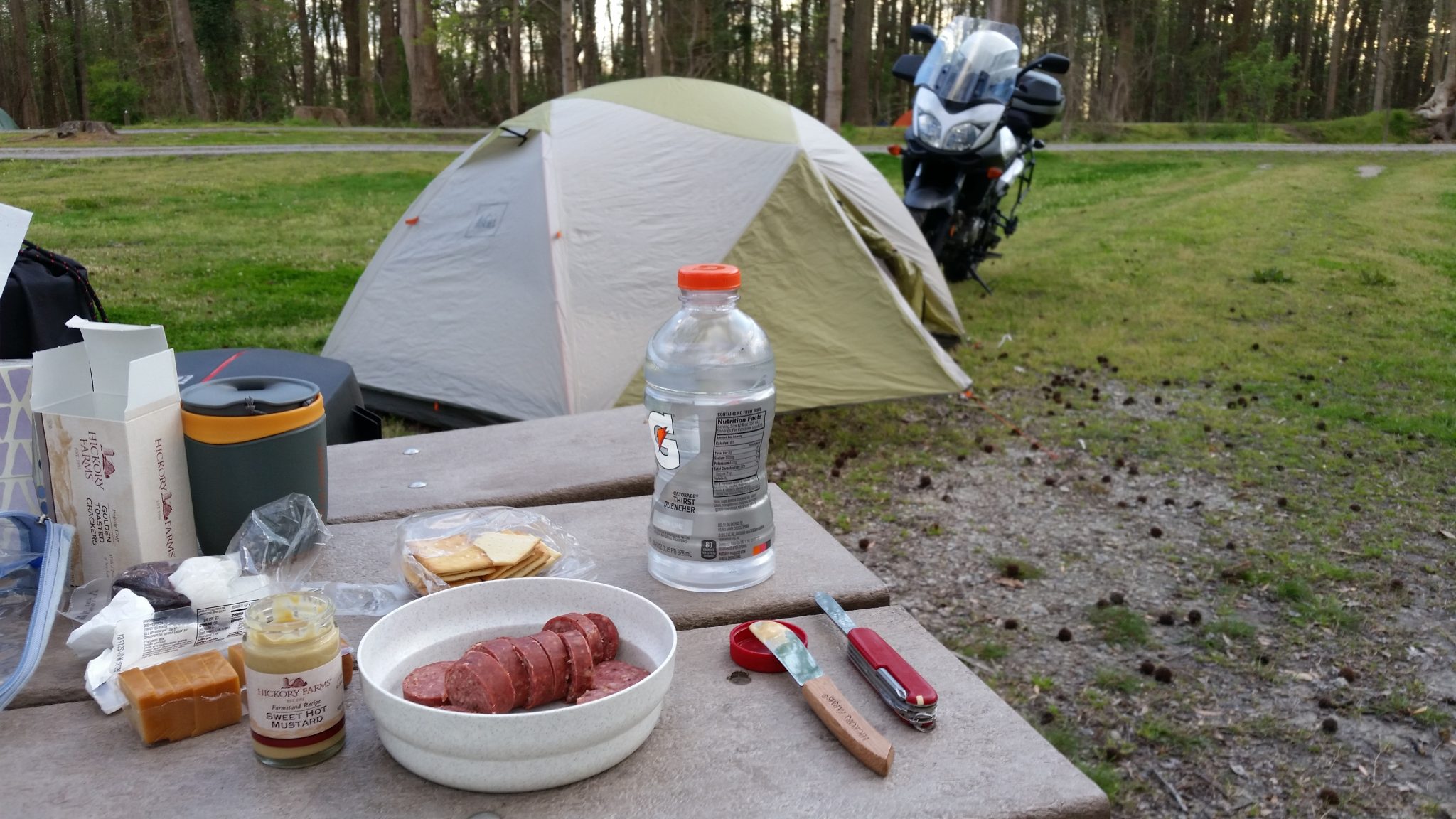 Did you know the state of North Carolina has exactly 100 counties? A nice round number like that can make for an irresistible target, especially for someone who remembers counting along with Count von Count, enjoys geography, and has a bit of a travel itch. 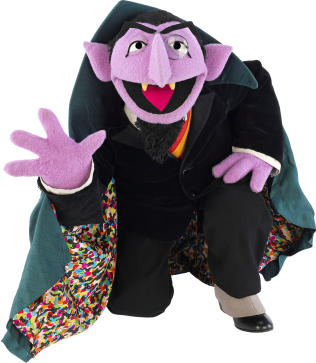 NC’s 100 Counties first came into focus as a target while I was teaching myself to ride a motorcycle. I had successfully ridden out of the garage and returned. In one piece. Then I rode out of the neighborhood, and back. A couple months later I had ventured even farther afield when I realized I had ridden out of Wake County. That was my light-bulb moment. If I could ride in two counties, why not the other 98?!

Few motorcyclists will let a decent reason to ride pass them by. Visiting all 100 counties in NC on a motorcycle is a certainly a worthy reason to ride!

I ticked off the surrounding counties rather quickly, but then progress slowed. The end goal just wasn’t close enough to generate motivation all by itself. I ticked off more counties as I rode to visit friends and family in various parts of the state. I ticked off a few more counties when I realized it would be quicker to start ticking off a few other states. NC is long and lean, nearly 500 miles from the west end to the east end, and I lived in the middle.

A few more years of odd trips let me tick off other counties. I even talked my cousin in Boone into riding a nice loop up through the Outer Banks. After that trip, I realized I was actually making decent progress towards visiting all 100 counties.

Fueled by fresh motivation, I laid out an aggressive route to hit the counties in the far western end of the state in one weekend. My cousin met me on the Blue Ridge Parkway and we put in a lot of miles that weekend. We visited a bunch more counties, but our time and endurance were limited.

When I tallied up my count, there were still 6 western counties left. Of course, they were scattered from the north side to the south side of the state.

Almost another year passed before I managed to get back out for a weekend of county-tagging. The weather was great for an early fall ride. I camped in one of the upper tent sites at The Bike Farm near Brevard, which offered a fair bit of adventure just riding up and down the gravel driveway. The leaf colors in the higher elevations were brilliant. 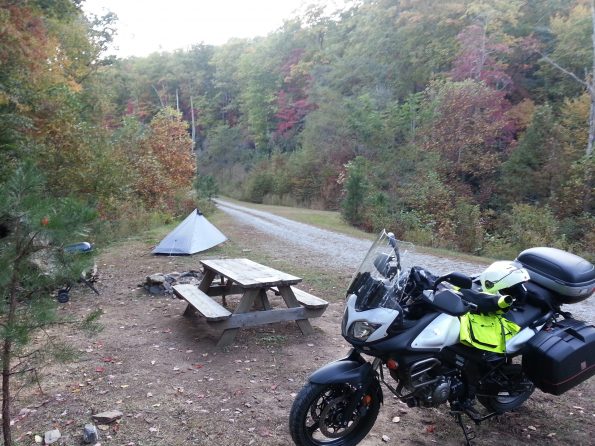 That left me with only 16 counties to go. All of them were clustered around the ‘Inner Banks’ of NC. I could have tagged them all in one long 500-mile day, but that would have been more pain than fun.

A nice spring weekend with no conflicting events on the calendar finally presented itself. I made a campsite reservation at Pettigrew State Park, loaded my camping gear, and rolled out on Saturday morning.

I checked off a few counties as I approached New Bern and then headed north. After passing through Washington I was in new territory, both for county visits and for me personally. 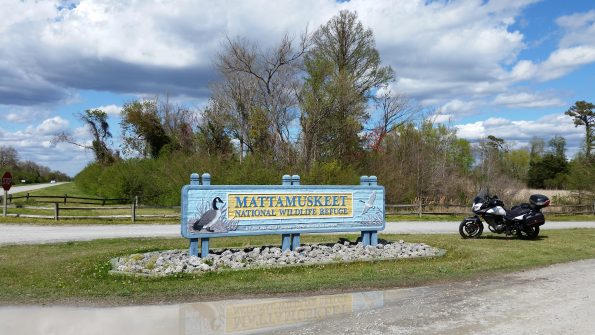 Lake Mattamuskeet was on my must-see list. It is the largest lake in NC and has a five-mile-long turnpike road across its shorter north-south dimension. I was curious to know if you could still see the shoreline while that far out on the lake. (Yes, the tree line is visible all around.)

I was even more impressed by the size of the freshly plowed agricultural fields just north of the lake. They seemed to be just as expansive as Mattamuskeet.

Lake Phelps, at the state park where I camped, was also pretty big. I chatted with the ranger (also a rider) for a while and set up camp. I hiked around to stretch my legs and checked out their boardwalk through the cypress trees and some historical displays. A cache of 30 dugout canoes was found sunk in the lake. Carbon-dating indicated they were over 4,000 years old. I guess preserving and protecting your ‘ride’ from others isn’t just a modern-day concern. 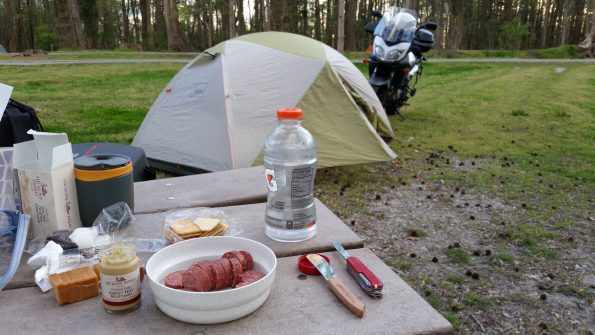 After a simple dinner at my picnic table, I returned to the swim dock and enjoyed a wonderful sunset color show over the lake. The simple pleasure of the moment made me wonder why I don’t get out every weekend! I definitely want to go back and explore Lake Phelps further by kayak. 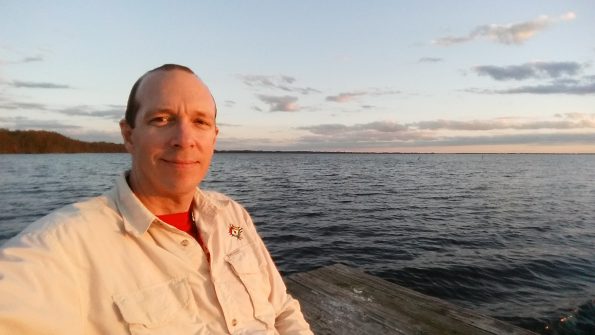 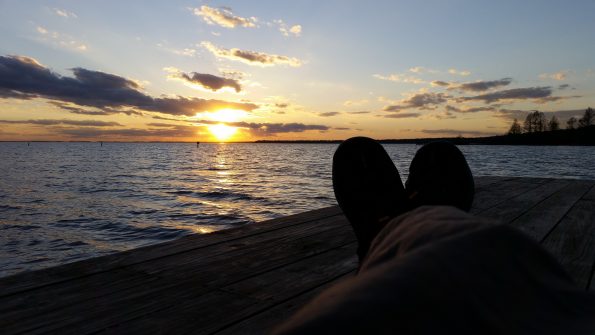 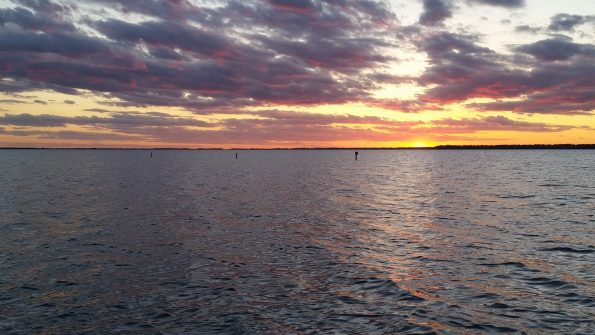 I checked more counties off my list. Including the 100th and final county. There was no fanfare, no cheering or clapping or doing the wave. I didn’t even stop for a picture as I rode into the last county (I did look but there was not a good shoulder there). There was just a quick acknowledgment inside my helmet that I had met this goal.

Once the purpose of my trip was fulfilled, the remaining miles to get back home failed to hold my attention very well. My mind wandered to why the wind noise was so loud in my helmet. I stopped several times to make windscreen adjustments. Previous trips have had me pondering why the seat was so hard, or why my legs tended to fall asleep after a few hours in the saddle. I eventually rode enough miles, made adjustments, and found solutions to those challenges. I’ll eventually solve this wind noise challenge, some day.

After all, there are 50 states in this country. I’ve only ridden in 16 of them. And did you know it’s closer to ride to Canada from my house than to ride to Memphis, Tennessee? 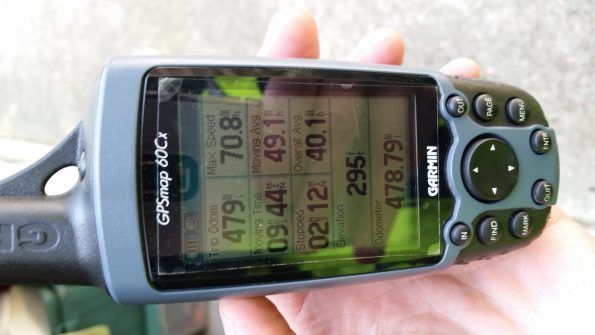