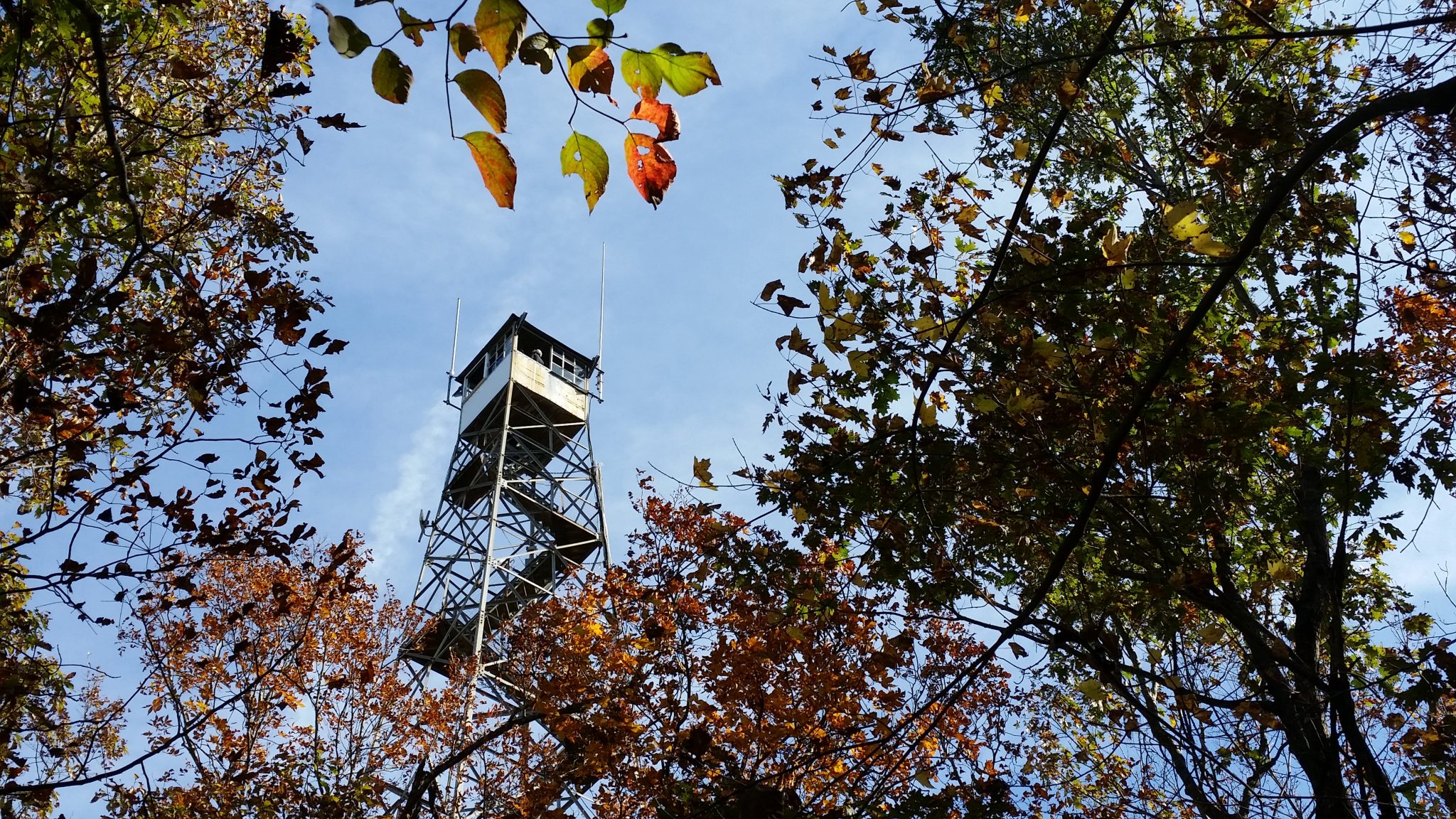 Some consider Shepherd Mountain part of the Caraway Mountain range. Others consider the Caraway Mountains to just be the northern end of the Uwharrie Mountain range. The summits in either range barely reach above 1,000 feet in elevation. At 1,157 feet above sea level, Shepherd Mountain is one of the tallest of these mountains, however you group them. It is the highest point in Randolph County.

Joe Moffitt, the driving force behind the creation of the Uwharrie Trail, once said he wanted the northern end of the trail to be at Shepherd Mountain. He wasn’t able to work out permission to cross the properties between there and the Birkhead Mountains, so his Uwharrie Trail started in the Birkheads and headed south.

The mountain’s geologic prominence and it once being on Joe Moffitt’s trail radar were reasons enough for me to want to visit. When I saw a Piedmont Land Conservancy hike planned for Shepherd Mountain, I jumped at the opportunity.

Our group met at 10 a.m at the Retreat Center’s main lodge. About 15 hikers showed up, ranging in age from 8 to nearly 80. The hike was led by Jim Plant, a Randolph County resident and member of the Uwharrie Trailblazers group.

Kevin Redding, the Piedmont Land Conservancy’s  Executive Director, gave a short introduction and talked about the conservation easement PLC purchased from the Retreat Center in 2016. The easement protects 274 acres of the retreat’s 542 acres from future development. As Kevin pointed out, “The mountain will look the same in 100 years as it does today.” A small part of the property was left out of the easement to allow for future retreat facility expansion.

Our group started hiking at the main lodge building and followed a bordered path from the lodge down to the lake. We hiked by a large cross overlooking the lake and then crossed over a small gully before starting to go up.

After a few gently climbing turns, it seemed like the trail shot straight up the side of Shepherd Mountain. We dutifully followed the white blazes up, and up.

The fall leaves were a little past their prime color. Many of them were already lying on the ground. Thirty or so boot-covered feet crunching dry leaves on the trail made for a rather noisy hike. That was not a problem. The steep incline made us use most of our breath for oxygen, not talking.

Fortunately, the hike up was not long. After a few much-appreciated switchbacks, we found ourselves near the top of the mountain next to an observation tower.

View from the tower

Jim told us the tower was originally a fire watch tower from somewhere in eastern North Carolina. It was taken apart, transported here, and reassembled on the western peak of Shepherd Mountain. No one in our group knew when the observation tower was erected on Shepherd Mountain. I poked around the concrete footings, hoping someone had scratched in their initials and the year when the concrete was wet, but I did not find any markings.

Due to the small size of the cabin at the top and the age of the tower, we were limited to just six people going up at a time. The cabin was barely 7 ft by 7 ft. Windows made up the upper half of each wall but most of the glass panes were gone. That let plenty of breeze blow through, adding to the excitement of being 60 feet above the surrounding trees. Add the tower height to the 1,157′ height of the mountain and you get a really nice vantage point!

I looked to the south hoping to pick out some of the mountains in the southern part of the Uwharrie range, but none of them stood out as being significantly unique and identifiable. To the east were the two cell towers on Shepherd Mountain and a few miles away was Caraway Mountain.

After everyone in the group had a chance to climb the tower and enjoy the views, we followed the service road from the observation tower past the slightly higher east peak of the mountain and the two cell towers. We then followed the road down around the southeastern side of the mountain.

As we neared the paved road, we turned right and headed back into the woods. We followed an old road along the southern side of the mountain back to the lake at the Retreat Center and then to the parking lot where we started. Our hike was just over 2.5 miles long.

For history buffs, there is a small display in the office showcasing some of the pottery shards recovered from the Mount Shepherd Pottery located here in the 1770s. Shepherd Mountain has been attracting visitors for a long time!

Visitors are welcome to come hike the trail on Shepherd Mountain. The Mount Shepherd Retreat Center requests you call them first to let them know and they prefer you not hike alone. The Retreat Center phone number is 336-629-4085.